When sixteen-year-old Ava follows some strange looking boys into a magical burrow, she discovers a hidden world of dragons, elves, witches, and other mythical creatures. Against all odds, Ava melds with a dragon to become a featherlite. But there is a dark force trying to stop her. With the use of dark magic, Blackthorn, Princess Arryn’s malicious half-brother, wages war on Brackenhill to take the Dragon Kingdom throne. Can Ava stop him before it’s too late?

Book 1: deelind and the icefire (edition 1)

Everyday Deelind works in the manor house kitchens while, unbeknownst to her, a dragon world lies hidden at its doorstep. After witnessing an extraordinary event, Deelind follows two strange boys and finds herself on a treacherous journey where she meets and melds with a baby featherlite dragon, Zara.

The world she has entered is on the brink of war. Blackthorn is hellbent on destroying everything in his path, using twisted magic, in an effort to take the Dragon Kingdom throne for himself. While recovering from an injury in a Blackthorn attack, cut off from Zara, grieving, shocked and hurt, Deelind grapples with adapting to this new world.

Looking for clues to her past and a missing Dragonscout, Deelind is captured by Blackthorns minions and drugged with IceFire. Deelind must find a way to escape the clutches of Blackthorn, rid herself of IceFire and reconnect with Zara.

Click here to try the first two chapters of IceFire

Good news! The first draft of book 2 is complete. The second draft is complete and  the book is under going a full edit. 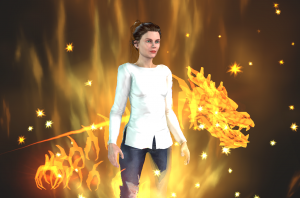 Even better news is that the first draft of Book 3 is complete and on hold until full editing of Book 2 is complete. 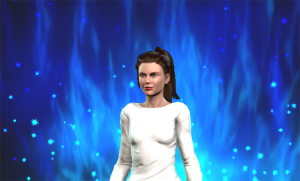 This website uses cookies to improve your experience while you navigate through the website. Out of these cookies, the cookies that are categorized as necessary are stored on your browser as they are essential for the working of basic functionalities of the website. We also use third-party cookies that help us analyze and understand how you use this website. These cookies will be stored in your browser only with your consent. You also have the option to opt-out of these cookies. But opting out of some of these cookies may have an effect on your browsing experience.
Necessary Always Enabled
Necessary cookies are absolutely essential for the website to function properly. This category only includes cookies that ensures basic functionalities and security features of the website. These cookies do not store any personal information.
Non-necessary
Any cookies that may not be particularly necessary for the website to function and is used specifically to collect user personal data via analytics, ads, other embedded contents are termed as non-necessary cookies. It is mandatory to procure user consent prior to running these cookies on your website.
SAVE & ACCEPT
error: Content is protected